If you know a little bit about Adsense, then you will know that content which people want to read will attract the most clicks. It’s just common sense. Many people, aware of this fact, will make a logical leap that can get them into trouble – and it’s often impossible to have any sympathy for them when they do it.

You want readable content on your site, of course. That’s how it works. But a staggering number of people labor under the impression that if they can’t write it themselves, the best idea is to take it from somewhere they know it will be read. The idea is as follows: “I’m no writer, but this guy is really good. I’ll use his content on my site, people will read it, and I’ll get more clicks!”.

It cannot be said often enough – you stand and fall on your own content. You might love that article on another site, but if you do, then you are better off linking to it and explaining why you love it. It’s more honest and it won’t get you into trouble. Write your own content, and if you really are an awful writer, pay someone else to do it – freelancers have surprisingly reasonable rates. 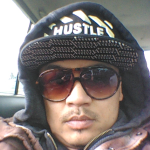